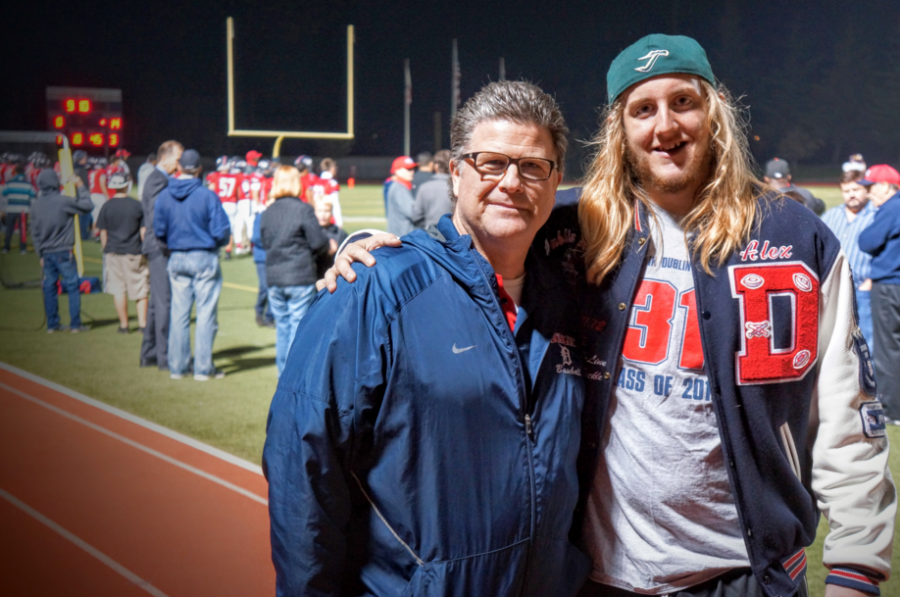 This story was originally published in 2018. Since Cappa’s recruitment on the Buccaneers, he started in all 17 games of the 2020-2021 regular season and the Wild Card win against the Washington Football Team. While Cappa was placed on injured reserve for the remainder of the season due to a fractured ankle, his perseverance and work ethic was cited by fellow players, including star quarterback Tom Brady.

Alex Cappa received the call of a lifetime from the Tampa Bay Buccaneers notifying him that he was being drafted as the 94th pick. Cappa described this feeling as “amazing… a long-awaited call and definitely something I’ve dreamed about.” Cappa has had a long journey to make it to the NFL, starting off as a zero star prospect coming out of Dublin High and making the NFL from Humboldt State, a Division II school where most don’t make it to the pros. However, Cappa defied all expectations and is now playing in the NFL.

When asked on how he kept his dream alive, Cappa cited his teammates and his own passion saying, “Luckily, I had some great teammates who loved working hard, and we all wanted to be the best players we could be. I knew if I invested time in my performance and in the weight room I would have a real shot. I honestly spent all the time thinking about football.”

Greg Oravetz, one of Cappa’s coaches also remarked about Cappa’s work ethic. When asked about what Cappa did to get to the next level, Coach Oravetz said, “Everything. He’s always had the drive to succeed in everything he does. He never missed a practice, class, workout session, film session, team event, or game.”

Cappa espouses the values of hard work as the reason for how he got to where he is. He credits his scholarship from Humboldt State as “really just a cumulation of hard work.”

Outside of football, Cappa participated in other activities in Dublin High School. A four-year baseball player as well, Cappa also acted in One Acts, being active in the drama club as well as playing two sports. Cappa also loved improv, being on the improv team for three years.

Cappa was one of the captains on the Dublin High Football Team. Coach Oravetz shares the memory of when the team’s offensive line was injured and depleted and Cappa was asked to move over to offensive line from the tight end. Oravetz remembers Cappa responding, “Absolutely coach! Whatever it takes to help the team win.”

Coach Oravetz knew the impact Cappa had on the Dublin High football team. “He always gave his physical and emotional best effort,” Oravetz said. “His teammates knew that and could always look to him in tough situations.”

Oravetz added, “He was willing to play any position at any time to help the team win… When other teams scouted us, they would circle him as one of our best players on both offense and defense.” I truly can’t say enough about Alex Cappa. Some players are talented, some have a great work ethic, and some have a great attitude. Alex Cappa has all of it!”

Cappa credits the coaches at Dublin, as they “built me up as a player and person.” Different coaches helped him achieve different parts of his game and life. Cappa said, “Early on Coach Branca introduced me to the game and how working hard lead to success. While at the same time, Coach Clemente and Coach Tucker made sure we enjoyed it while working hard! Later in my time at Dublin, Coach Wade really taught me how to understand the game of football, how to apply schemes and strategies. He was even my workout partner. Then, on the baseball field, Coach McHugh helped me develop as a leader and built me up as a person. Other coaches like Coach Oravetz acted as mentors!”

Alex Cappa has beaten the odds at every level and is now in the NFL. His story is truly inspirational and tells the deeds of the mentality and work needed to go to the next level at anything. We at Dublin High wish Cappa the best for his future NFL career!