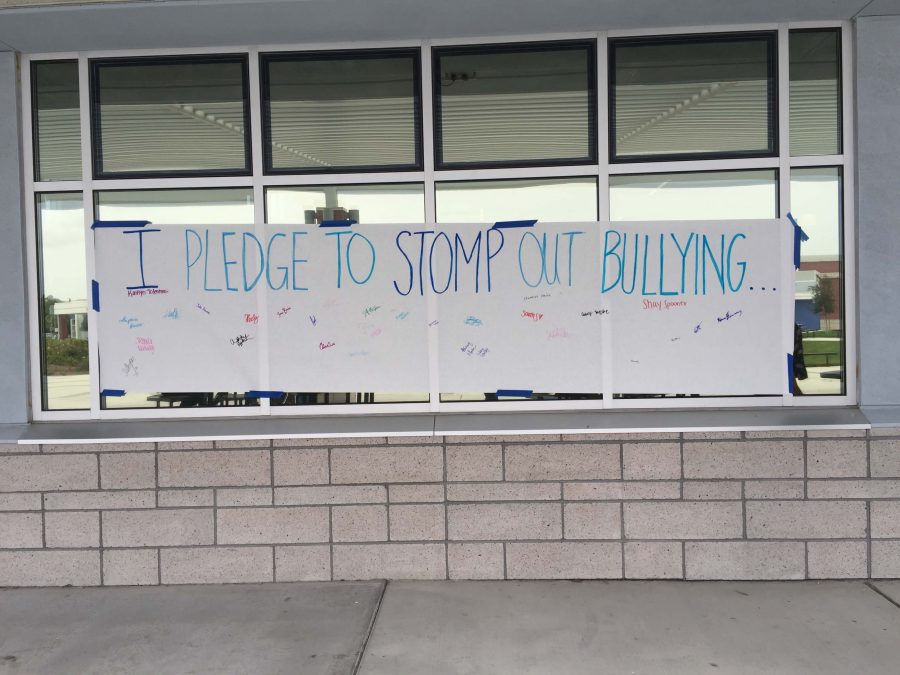 On Monday, October 3, DHS seemed very blue. There were blue shirts, blue pants, blue shoes and even neon blue socks, as students from all the grades channeled their inner smurfs to support a safe, bully free campus for DHS’s “Anti-Bullying Blue Out”. During lunch, students–both those who dressed up and those who didn’t–signed a giant banner in front of the student union in order to pledge their support for creating a safe, bully free campus.

DHS’s Anti-Bullying Blue Out was one of many “blue outs” that took place on Monday as students across the country gathered together to celebrate Blue Shirt Day. Blue Shirt Day is part of a national anti-bullying movement organized by the non-profit STOMP Out Bullying to raise awareness for their organization.

This year was DHS’s first time participating in Blue Shirt Day, and many students enjoyed the experience.

“Blue Out Day made me feel proud that DHS was so supportive of anti-bullying,” said Senior ASB President Jenny Dyer. “I was really happy that the [STOMP Out Bullying] organization got a lot of support and recognition.”

Junior Ashley Kim, VP of the Best Buddies Club, agreed. “I thought that the ‘stomp out bullying’ day was an incredible way to raise awareness about bullying. DHS is a safe campus, but we still have problems related to all kinds of bullying. This was [sic] a first step to solving the problem.”

October is National Anti-Bullying month and Blue Shirt Day was the first of many events STOMP Out Bullying has planned to celebrate it. Through these events, the nonprofit hopes to renew the dialogue about bullying across the country and spread a message of kindness and respect towards all people.